from Redemption by Atomic Symphony 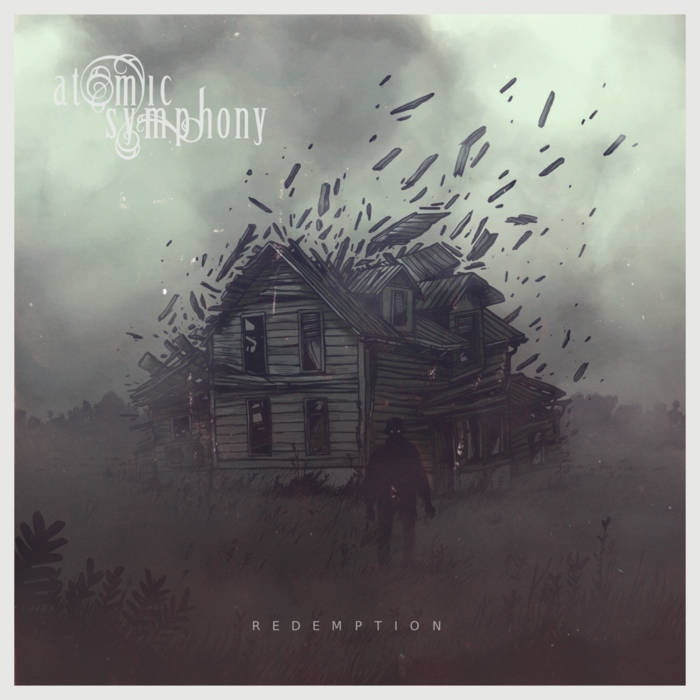 Place of pain, home of the fallen ones, all the evil combined.
He wanders through the kingdom of the devil, surrounded by the dead.

He feels it coming, it's snorting in his neck. He turns but nothing is there.
Suddenly he's petrified with horror, he must be in hell!
It's beyond his grasp, he's going mad.

He closes his eyes, doesn't want to see.
An ancient curse lies on his family.

He tries to run but he steps into the none.
Without shelter, scared to death, no turning back.
Feels like a madman, he's parting from this world.
Blood-red claws are reaching for his damaged human soul.

As if he'd already been there before, he goes straight for the dark.
He can't hold back, cause he's driven by an evil force.
Then he hears a voice whispering his name. It's the voice of his father.
"Don't get involved with the devil, don't look in his eyes. You have the might to succeed!"

But his strength has left him, he can't resist anymore.
His heart is bleeding, and his blood is already black.

He tries to run but he steps into the none.
Without shelter, scared to death, no turning back.
Feels like a madman, he's parting from this world.
Blood-red claws are reaching for his soul.

He lost his father years ago, he blames himself cause he did know.
Just cannot let him go.

His father played with the fire, and there was nothing to require,
Fulfilled all his desires.
He didn't know he'd burn in hell, it was too late to break the spell,
He sold his soul to the devil.

"Come closer, you can't resist. You walk the long lost fields.
Your father wasn't strong enough, so aren't you."
"Leave me alone, I'll never give up. You won't get my soul!
Your appearance can't seduce me, you won't fake my choice!"

His voice is fading, he falls to the ground. He becomes one of the fallen ones.

He tried to run but he stepped into the none.
A distant calling makes his senses clear again.
Bleeding everywhere, he's lying in his bed.
Was it all a dream or was it reality?

Bandcamp Daily  your guide to the world of Bandcamp